History of NFTs: How Long Have NFTs Been Around 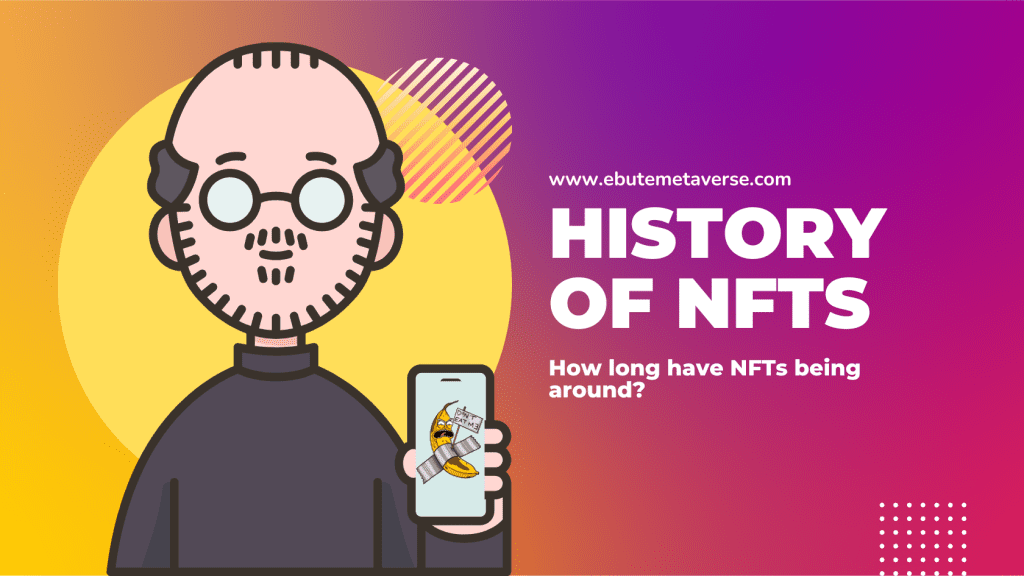 Contrary to popular belief, the history of NFTs date back to 2014. But most people didn’t know about them until 2021 when an NFT sold for a whopping $69 million. This record sale changed the world’s perception of art and created a new art investment type for NFT enthusiasts.

If you’re starting with NFT or looking to flip some JPEGS for profit, it would be beneficial to know a bit about the history of NFTs, who invented them, and why they are so valuable.

This article will provide all you need to know about the evolution of NFTs from their genesis to the present day. We’ll also answer some related questions about the topic at the end of this post. So, read till the end.

Digital artists Kevin McCoy and Anil Dash are the inventors of NFT. The first non-fungible token was minted by McCoy on the NameCoin blockchain on May 3rd, 2014.

McCoy and Dash were looking for a way creators could claim ownership of original digital artworks. Their solution was a tokenized artwork hosted on a blockchain. At that time, McCoy was also experimenting with a blockchain called NameCoin while learning to code.

Finally, they minted Quantum, a looping art video made by McCoy’s wife. The duo presented the first non-fungible token at a hackathon in 2014, naming the concept “monetized graphics.” While the audience members laughed at the initiative, little did they know that it was a groundbreaking art advancement.

How Long Have NFTs Been Around?

NFTs have been around since 2014 when Kevin McCoy minted the first non-fungible token on the NameCoin blockchain. However, NFT only became mainstream in 2021 when Beeple’s Everydays: the First 5000 Days NFT sold for $69 million.

Before the explosion of NFTs in 2021, several NFT initiatives were released aside from Quantum. For example, Spells of Genesis, Rare Pepes, CryptoPunks, Axie Infinity, CryptoKitties, and many more.

What Was the First NFT?

The first ever known NFT is Quantum, created by Kevin McCoy in 2014. The NFT featured a short clip made by his wife and minted on the NameCoin blockchain. However, he later transferred it to the Ethereum network, one of the most popular NFT blockchains. He sold this digital asset initially for $4. But, he resold it for $1.4 Million via Sotheby’s auction platform in 2021.

The first NFT collection is Etheria, a collection of 457 tiles on a 3D map, developed in Oct 2015. The collection was unveiled during DEVCON 1, the inaugural Ethereum development conference, in London.

Also, the first-ever NFT-based video game was CryptoKitties in 2017. The platform allows players to buy, sell, and breed digital cats. In addition to the game’s simplicity, the CryptoKitties project demonstrated the utility of NFTs to simulate physical objects in virtual environments. And ever since, NFTs have gained multiple use cases.

When Did NFTs Become Popular?

Several factors contributed to the widespread NFT adoption in 2021. For one, the launch of CryptoKitties created the potential for NFTs utility across many industries. Also, the covid-19 pandemic forced the public to pay attention to digital spaces where communities that promote NFTs exist.

However, NFTs only went mainstream in 2021 when Beeple sold an NFT for $69 million. This spike created massive awareness about NFTs, attracting more buyers and followers.

Today, people own or want to own NFTs for various reasons. Some see these digital assets as investment options, while others like to amass rare digital items. Additionally, some believe purchasing NFTs is an avenue to show support to their favorite artists and creators.

History of NFTs: A Detailed Timeline

It would be impossible to cover all parts of the history of NFTs in this article. So, we’ll summarize the most critical events in the evolution of NFTs in a concise timeline. Yet, we’ll explain each section of the timeline deeper for clarity.

Kevin McCoy and Anil Dash were just some of the people to come up with the concept of NFTs. The idea that gave rise to NFTs was conceived long before Ethereum existed. A computer scientist, Meni Rosenfield, released a research paper in 2012 where he outlined the “Colored Coins” concept for the Bitcoin blockchain.

Rosenfield’s colored coins project seeks to develop a family of techniques that allows blockchain users to record, manage, and verify ownership of physical assets on the network. The concept is similar to Bitcoin’s but with the twist of a “token” element that specifies their usage and makes them one-of-a-kind.

While colored coins didn’t come to fruition due to Bitcoin’s constraints, the concept is the foundation for NFTs. It wasn’t until 2014 that the first-known NFT “Quantum,”  was minted on the Namecoin blockchain by Kevin McCoy.

Following the creation of the first NFT, there was tremendous research and development into the newly founded art technology. One of the results was the adoption of the Ethereum blockchain, which began to rule first over NFTs. Also, Bitcoin 2.0, a counterparty platform that allowed the development of digital assets, was integral to the development of NFTs.

Shortly after Bitcoin 2.0, Spells of Genesis released the first-ever in-game NFT assets. Also, another project, Rare Pepes NFTs, heralded the arrival of the meme era in 2016 with its meme-themed NFT collection.

The Bitcoin blockchain hosted all the NFT projects mentioned above. But, the developers never meant the network to serve as a database for tokens indicating asset ownership. The search for an alternative solution sparked the significant migration of NFTs to the Ethereum blockchain.

NFTs got an increased engagement when the token standard—a subset of the smart contract standard—was added to the underlying blockchain technology. This set of token specifications allowed developers to build efficiently, issue, and deploy new tokens on blockchain networks.

Additionally, John Watkinson and Matt Hall leveraged the success of Rare Peps during this period and created CryptoPunks. CryptoPunks was an experimental project that featured 10,000 unique CryptoPunks characters influenced by the London punk and cyberpunk culture.

Not long after CryptoPunks gained transit, a Vancouver-based startup studio, Axiom Zen, unveiled CryptoKitties. The CryptoKitties project is a virtual game that lets players adopt, breed, and sell digital cats while holding them in their cryptocurrency wallets.

After the release of CryptoKitties, NFT gaming became a significant deal and started to take off and advance. In addition, Metaverse crypto projects were adopting NFTs. Decentraland (MANA), a decentralized VR platform on the Ethereum blockchain, was the first to make headway in this field.

2021 was a breakthrough year for NFTs in general. That year, the production and demand for NFTs skyrocketed thanks to profound shifts in the art market. Renowned online auction houses Christie’s and Sotheby’s, expanded their listings by featuring NFT paintings on their platform.

This move resulted in a record-breaking sale of Beeple’s Everydays: the First 5000 Days NFT on Christie’s for $69 million. If such a significant transaction from such a famous auction doesn’t serve as a solid validation for the NFT market, nothing else will.

As expected, the massive NFT sale recorded at the famous Christie’s auction motivated more creators and companies to hop into NFT. More and more NFT blockchains and initiatives started getting involved and releasing their own NFTs. Some blockchains that support NFT include Cardano, Solano, Arbitrum, Tezos, and Flow, among others.

Conclusion: What’s the Future of NFTs?

NFTs are, beyond doubt, not a fad. They are here to stay and will play a significant role in the art world’s future. While the technology still has areas of improvement with authenticity and ownership, we must recognize the limitless opportunities and boundless potential this digital art offers.

The technology’s ever-growing utility in other industries, like music, real estate, etc., also indicates that there’s more to expect moving beyond the age of innovation, experimenting, and the big explosion.

What Is the First NFT Ever Sold?

The first NFT ever sold is Kevin McCoy’s Quantum which he initially sold for $4. He later sold it for $1.47 million on Sotheby’s online auction house in 2021.

What Is the First NFT on Ethereum?

Based on research done by Adam McBride, the first ever NFT minted on the Ethereum blockchain is Terra Nullius.

Who Made NFTs Famous?

Beeple. The most expensive and well-known NFT art was auctioned by Beeple in March 2021, shattering all previous records and topping the rankings. The collage of 5,000 tiny NFTs, titled Everydays: The First 5000 Days, was created over 13 years. 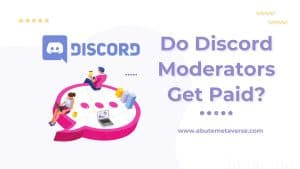 Do Discord Moderators Get Paid? Here’s How Much