How To Know If Your NFT is Rare + Rarity Tools 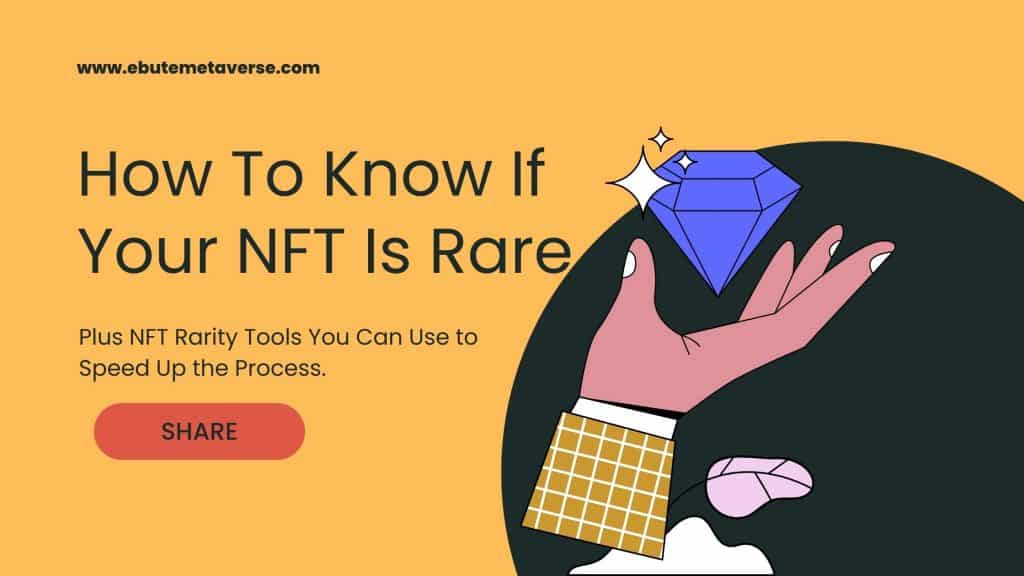 Don’t try to sell without knowing how rare your NFT is first. The rarity of an NFT can factor into whether people will buy or just pass it off as a worthless jpeg. Yet, many buyers have struggled with the question, how do I know if my NFT is rare?

You can tell if your NFT is rare by checking its trait NFT rarity ranking, average trait rarity, and statistical rarity. In addition, you can also calculate the rarity score using a formula. Basically, the higher your rarity score is, the rarer your NFT is.

This article will explain what the rarity of an NFT is, why it’s important, and how to know if your NFT is rare. It also provides some rarity tool options you can use to check your NFT’s rarity.

Let’s get started by explaining what NFT rarity means.

What Is NFT Rarity?

One of the vital drivers of the NFT marketplace is its one-of-a-kind characteristics. It’s one of the things that successful NFT artists capitalize on and what buyers would use to estimate the value of digital artwork. In short, NFT rarity refers to the uniqueness of an NFT from other NFTs in a collection.

NFT enthusiasts have this community sentiment about rare NFTs; they believe rarity determines how valuable an NFT is.  Rare NFTs are considered more precious than regular NFTs and have more potential for a high resale in the future. That’s why people would want to know how rare an NFT is before buying.

How Does Rarity Affect NFT?

Typically, rare NFTs are valued and priced higher than others in the collection. But, it’s important to know that rarity is not the only determinant of an NFT’s value. There are other factors to consider, like supply and demand.

NFTs aren’t always purchased for their potential as investments. Some individuals love collecting uncommon or distinctive stuff. Others value the artistic or creative elements found in some NFTs. Additionally, some people utilize NFTs to support their preferred artists or initiatives.

How to Determine the Rarity of Your NFT

There are several methods you can use to tell if NFT is rare.

The simplest way to determine the rarity of an NFT in a collection is by comparing the rarest attribute of each non-fungible token. While this method is straightforward, it’s flawed because it ignores the overall rarity of the NFT and only considers the rarest one.

Averaging the rarity of the traits found in the NFT collection can help you determine your NFT’s rarity. For example, if you have two NFTs with 50% rarity and 10% rarity, the average trait rarity would be (50+10)/2 = 30%.

All these approaches have their pros and cons when used to compare the rarity of NFTs. Average rarity and statistical rarity would reduce the value of a unique trait in an NFT because both methods tend to overvalue many of the traits in the art piece. Trait Rarity suffers the exact opposite issue by limiting the calculation to the one rarest attribute.

A non-fungible token’s (NFT’s) rarity score is a measurement of how distinct its characteristics are from those of other NFTs in the same collection.

Every NFT is distinct and consists of various traits of varying rarity. This rarity ranges from common features present in thousands of NFTs in a collection to one-of-one traits that only occur once.

How to Know if Your NFT is Rare?

What separates Rarity Score from the three approaches we’ve discussed above is that it emphasizes individual rare features while also taking into account the rarity of all the traits in an NFT. Hence, it’s currently the most accurate method for determining an NFT’s rarity.

Here’s how to know if your NFT is rare using the rarity score formula:

Which is also the same as;

An example of a rarity score; TOONZ #1892 is ranked 4th by rarity.tools among the DEGENTOONZ Collection with a rarity score of 8891.99.

But the maths can get boring, and you surely can’t start calculating the rarity of every NFT in a collection. So how do you know if your NFT is rare without taking out a pen and paper?

Thankfully, there are tons of rarity tools that can help you calculate the rarity score of your NFT with a few clicks.

We’ve compiled a list of the best NFT rarity tools you can find online.

OpenSea, the biggest and most reputable NFT marketplace, allows users to assess NFT rarity using the “NFT Score” method. It evaluates an NFT’s volume, floor price, and other statistics, then ranks them.

In addition to facilitating NFT sales, OpenSea is the best platform for locating the most in-demand and uncommon NFT collections, which can help you make the best investment choice. Using this platform, you can communicate with all of the NFTs built on the most widely used blockchains, Polygon and Ethereum.

“Rarity.tools” is one of the greatest and most well-known NFT Rarity checkers. It is a free-to-use tool. The developers created this app to help users save time and money when looking for a rare NFT.

Simplicity is Rarity.tools’ selling point; the tools on this platform function similarly to NFT search engines. It’s also compatible with Solana and Ethereum-based NFTs. You can also filter NFTs by overall sales volume, average price, and best collections to facilitate your buying decision.

In addition, the website’s interface is quite straightforward and user-friendly, making it simple to find the NFT rarity on this interface. It also keeps you up-to-date on the newest projects and greatest collections.

Another well-known tool to estimate NFT rarity is Rarity Sniper, which features over 870 collections, mostly from the Ethereum and Solana blockchains. Its user-friendly interface shows all of an NFT’s characteristics, including its rarity rank and score.

Also included in this program is a remarkable method for determining NFT rarity known as the “Discord Channel,” which has 400,000 users.

This application is best used to compare NFT traits. Trait Sniper is the perfect tool if you want to learn more about a recent NFT project in detail. This tool analyzes the rarity of any new NFT project in under two minutes.

There are free and premium versions of this tool. The premium edition, however, offers additional advantages, such as real-time notifications of impending NFT projects and their results.

Only NFTs traded at the “Solana” market are used with this tool. You can use this tool to find out each NFT’s rarity rank, score, sales history, and other details.

You can use this tool to determine how rare your NFT is by simply inputting your Asset ID. However, “HowRare.is” isn’t compatible with the Ethereum blockchain and can only check the rarity of NFTs built on the Solana platform.

Are Rarity Tools Worth Using to Make an NFT Investment Decision?

You must have this thought out before you start using any rarity tool. Most people that search for “how do I know if my nft is rare” on the internet do so to help facilitate their decision to purchase an NFT rather than just for information’s sake.

First, you should understand that rarity tools can only assist you in determining how uncommon an NFT is, that’s all.

There is a good probability that the NFT will increase in value if the rarity score, as determined by these methods, is high, and you may make enormous profits from it in the future. It does not imply that you will be able to sell a rare NFT as soon as you buy it, or at all.

So, whether you want to flip NFTs for profit or just buy for the art, your best option is to DYOR before going to any NFT collection.

This article has provided a satisfactory answer to “how to know if your nft is rare.” However, you should remember that no matter how unique an NFT concept may be, buying it does not guarantee that it will sell right away.

This means that, from the perspective of investments, relying just on NFT rarity determination will not be sufficient. It would be best if you did your homework and research properly. 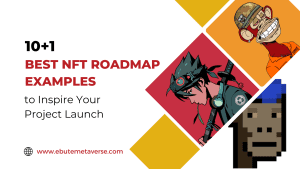